It has been a very long and cold winter in Belgium.

My latest session goes back to 15 November 2008 and now we are 7 March 2009. That is almost 4 months without windsurfing. There was some wind and sun predicted for Sunday. During the night it was raining a lot but in the morning it got dry and later on it turned out to be a beautiful day with 10° Celsius.

When I arrived at the spot the wind was about 20 knots max so I rigged the 7.2 to go with the Exocet SL61.

My mate was already on the water testing his brand new SL66 with the RSRacing 7.2. That was the ideal combination at that moment. I was a bit under boarded with my SL61with 94 liters because the wind was dropping a bit. 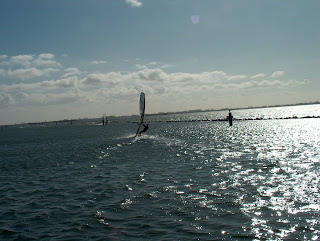 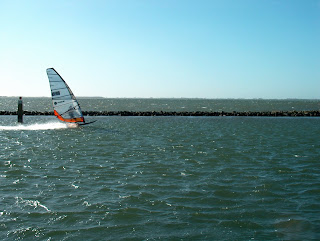 Hit the break before a jibe. 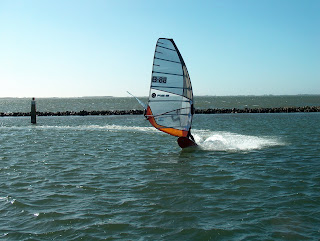 When I got back on the water the wind had increased a lot and I was no longer in ull control of the set. Although the wind was harder I couldn't increase my top speed. It would have been better to turn to the RS6 6.7 with a 31cm fin. "Power is nothing without control". Since it as the first session of the year I was already a bit tired and it was to much hassle to switch sail and fin. 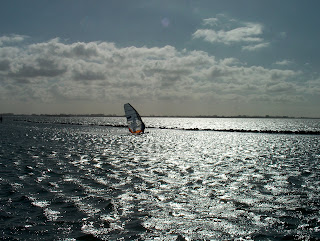 After testing the SL61 now with the 7.2 with 33cm fin and 6.7 with 31cm fin it is clear that the last combo is by far the preferred one for me. It hardly makes a difference in the low wind but it for sure makes a lot of difference in the high wind.