A bit of history.
In 2002 I bought my first formula board an AHD Diamond Formula 95 just to maximize surfing time in low wind conditions.

This board was very easy to surf and it was still fun on a half-wind course. It felt a bit like a very large slalom, very easy to control when the wind increased.

After a year I tried some Formula competitions. It became clear that I didn't have the same upwind angle as the competitors on the newer boards. In 2005 I bought the Fanatic TT Formula.

This board allowed a sharper upwind angle but the fun of half wind cruising was gone. Due to the sharper rails and the more powerful 70cm fin it became too physical for me to sail.

One year later I switched the Fanatic TT Formula for a JP Slalom 134. 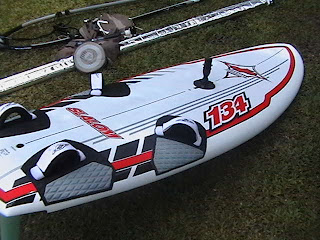 This board was 80 cm wide and came with a 54cm fin and equipped with a NP V8 9.0m2 it gave nearly the same planning possibilities in light wind as the formula.

So far on the history.
On the 24th and 25th of May there was a BK racing competition on my home-spot. The wind was already there Saturday morning so it was very possible that they would also do some slalom competition. This convinced me to sign in. I knew that the BK still gives priority to the Formula-competition. Therefore I borrowed a formula-board and equipped it with an also borrowed 9.5m2 free race sail. 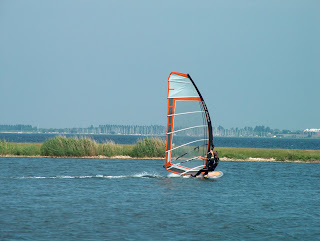 Although the wind looked strong enough in the morning we started with 2 formula races. No fun for me. 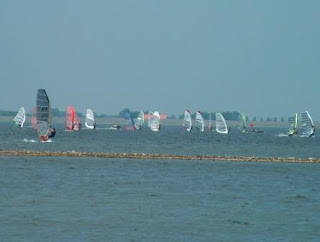 Then, after general request from the riders, they set the course for some slalom competition. In fact they only put out 2 buoys and it was actually a figure 8-slalom. 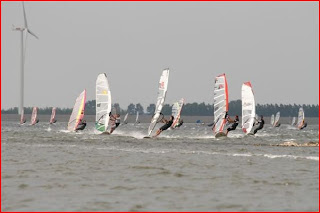 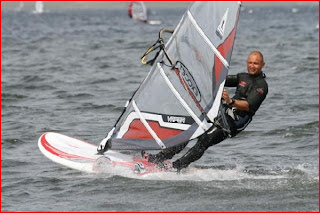 Anyhow the fun was there. This was my first ever slalom-race. We always had to do a full-fleet start which made it difficult for new guys like me. But it was very exciting. You can image the mesh at the first gibe! People gibing, falling, water starting in quite heavy chop. I was happy with my gibing technique. Didn't fell once. Only my starts were bad and the board-speed wasn't so good.
(this will certainly improve when I get these)
At the end of the day we had done 2 formula-races and 5 slalom-races.

Ben Vandersteen was also there and he even managed to end 5th in a fleet of 30 in one of the formula-races on an Exocet Warp Slalom 80 with a 9.0m2 sail. 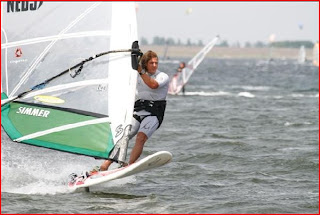 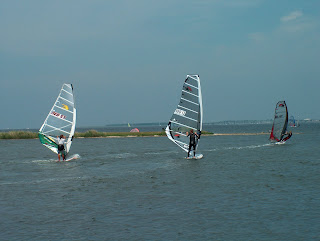 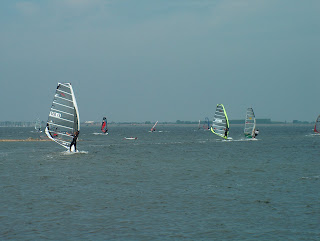 On Sunday there was only one Formula Race and there wasn't enough wind for the slalom competition. Although the pictures taken that day shown here under may prove otherwise. 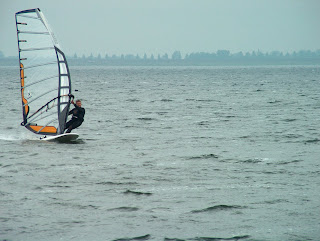 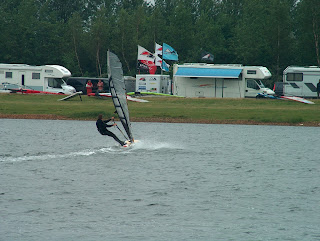 The results for the BK Formula and BK Slalom at the G-dam.
Geplaatst door Bart B-88 op 3:57 PM